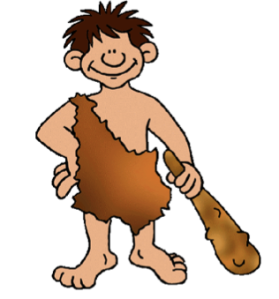 Humans have an amazing history of survival and persistence. Last night I watched the first part of a very interesting documentary called ‘The Human Journey’. As the title suggests they tracked the journey of man from the southern region of Africa (where we all began) to our migration into Asia and Europe. The oldest remains they found were around 165,000 years ago. From all the evidence these humans were not much different to us as they were using quite sophisticated stone tools. It is also believed they were already communicating through speech. Anthropologists believe that the human species ability to not only survive but to prosper and eventually dominate the planet was due to the ability to pass on our experience through communication of which verbal would have been the primary medium.

What I personally found most fascinating was one of the ways in which humans manage to survive in Africa at a time when we could have easily became extinct. In the early years when humans were living on the plains of Africa the options for food were difficult. Our lack of size, strength and speed put us at a significant disadvantage. The mammoth was too large and dangerous to hunt so would have been out of the question. Very large cats (lions, tigers etc.) were also too dangerous. This only really left smaller herbivores like the impala (or the name given to its ancestor of that time) who was too quick to out run in a foot race. So how did we survive?

Humans did what is termed as ‘Persistence hunting’. Humans having very little body hair have a unique cooling system. We actually cool our bodies through sweat glands which are the most efficient of all mammals. While the impala can run fast in bursts they have to stop frequently to cool. Our ancestors were able to chase the impalas until they literally dropped from exhaustion. It was our persistence that allowed us to survive.

I think this is a very powerful lesson for our species because if you look through history persistence (often stubborn of course) is probably the single biggest reason we humans have advanced so far so quickly. It is also what makes the difference between success and failure. When students ask me what makes a great guitar player my first answer is of course practice but I follow this by saying you must have a clear goal of what you want to be able to play and then like our African ancestor you must chase that goal until it literally drops at your feet. Persistence really is the deciding factor. It is why we are here today and is in our DNA. We humans are persistent by our very nature.

Great documentary by the way. If you have a chance check it out.