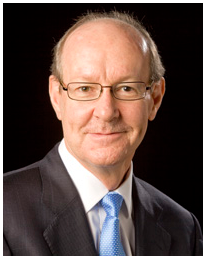 In 1997 University of Melbourne Music Education Professor Gary McPherson  randomly selected 157 children to choose and learn a musical instrument. McPherson was trying to identify the traits of those children who went on to become accomplished musicians and those who did not. Expected indicators like I.Q., a sense of rhythm and aural ability surprisingly played no real role in whether a child went on to become an accomplished musician.

The all important question

When conducting the research each child was asked even before selecting a musical instrument a simple question.”How long do you think you will play?”. It turns out the answer to this question was the best predictor of their long term success. Those children who answered “Not very long” did not become proficient. Those who said a few years became reasonably proficient and those who said they would play for life became the top students. Students who made this commitment even before picking up an instrument were seeing their future.

What such studies teach us is the importance of visualising our future success. Almost every great achiever had some vision of themselves becoming great before reaching the level of success they finally achieved. Olympic athletes don’t just get lucky. They are often single minded all the way to the gold medal. Almost every great musician I have read about has followed in the steps of their heroes. Whether its Jimi Hendrix, The Beatles, Joe Pass, Segovia, Slash, Jimi Page, Santana, Stevie Ray Vaughn, Eddie Van Halen, Eric Clapton, Angus Young or Joe Satriani the story is much the same. “When I saw or heard (their guitar hero) I knew exactly what I wanted to do with my life”.

Talent is not an indicator of long term success

Studies like McPherson’s also reveal a very important fact. Innate talent has very little to do with long term success. This has been shown in study after study. If you set out a vision for yourself and work at it that vision will almost always become a reality provided it’s a realistic vision. If you are aged 60 and want to win gold at the Olympics for the 100m sprint it’s somewhat unrealistic. I think we all know the difference. I recently heard the story about a young boy living in Costa Rica who decided he wanted to go into space. Considering Costa Rica has no space program his chances were close to zero of ever achieving his goal. After over coming many hurdles he eventually made it to America, learnt to speak English, became an astronaut and has to date flown on several space shuttle missions.

For parents I believe you can help your children by talking in terms of a long term commitment to music. When we take our children to swimming lessons we don’t say “Hi. I would just like to see if my child has a talent for swimming” yet I often here parents say when they go to enroll their child for guitar lessons such things as “We thought we would give a try but not sure if she has any talent” or “Let’s do a term of lessons and see what happens”. These kind of comments tell children that if at first you don’t succeed then give up. If instead parents take the approach of  asking the question “So you have decided you are going to be a musician. Do you know what this means?” Then go on to explain that it involves daily practice and weekly lessons. When you take this approach you are far less likely to see your child dropping out of music lessons.