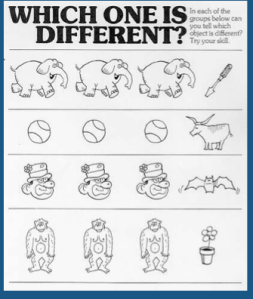 I must say I have known this fact instinctively for a very long time. The reason I was aware as I am sure you are too was simply because of the huge number of examples of successful individuals with average or even seemingly low IQs. World famous psychologist and science journalist Daniel Goldman underwent a research project that estimated that IQ accounts for as little as 4% of success. IQ does play a large role in career choice but has little to do with success in that chosen career. E.g. If you wanted to pursue a career in nuclear physics you would need a high IQ to gain entry into the field.

This apparent fact dawned on me in my teens when I started reading up on many of my guitar heroes. These were guys (yes I had no female guitar heroes I am sorry to say) who mostly failed at school and in many respects failed all other areas of life yet they succeeded beyond any guitar picking teenager’s wildest dreams. Jimi Hendrix, unquestionably the most successful guitarist in terms of career was poor and relatively uneducated and certainly did not show any signs of a gifted academic. Eric Clapton also left school at age 15 years and although he later went to art college he was soon dismissed.

‘How could it be?’ School and society has for a long time taught us that IQ is the measure for success. No doubt when Daniel Goldman decided to research the topic he had a pretty good idea what the result was going to look like. The answer has to do with what we know as left and right brain thinking. Left brain works like a computer and focuses on data, calculation and retrieval. Right brain is the creative side. Having a strong left brain will see you scoring well on an IQ test but having a strong right brain will see you coming up with creative solutions to problems. The ideal of course is to have a good mix of both. Guitarists who are left brain strong will often have superior technical and theoretical knowledge and may even have an impressive knowledge of guitar and guitarists in general. Guitarists who have strong right brain activity will be creative not just in music composition but in the way they dress and the way they forge out a career in music. Having a strong right and left brain is certainly ideal but the fact is if one had to choose its the guitarists with the strong right brain who are most likely to succeed. 20 times more likely.

This has become even more obvious since the rise of the computer. In the 1960’s computers were as big as houses and there were certainly no PCs. By the 90’s computers were in homes everywhere and music sequencing software was readily available although audio recording still required too much computing power. 20 years later the software and audio samples are so good that the average person cannot tell if what they are hearing is a real guitarist or a sampled sequenced guitarist or perhaps even a keyboardist. As an example the keyboardist Jordon Rudess (Dream Theater) harmonises guitar lines on his keyboard with John Petrucci the guitarist. I now have trouble working out which is the keyboard and which is the guitar. “Would the real guitar please stand out”. The dexterity of a 10 fingered keyboardist obviously out ranks a 4 fingered (left hand only) guitarist. This means that the left brain guitarist is being replaced by the computer in the same way ATMs replaced the bank teller.

Conclusion: I am not suggesting you ignore the left brain (technical skills) as this is essential but if you want to succeed as a guitarist but your best investment is in the creative right brain. Grab a copy of Garage Band, Logic or something similar and start creating. Its actually a lot more fun.