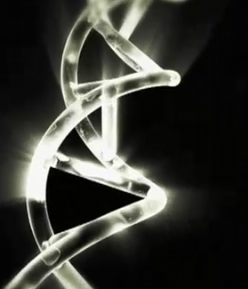 In recent years there have been some major breakthroughs in genetic science. As with many scientific advancements the media tends to latch on to 1% of the details while leaving out 99%. This in effect causes misunderstandings or exaggerated truths. Much of what we come to understand about the 1% can then lead us to draw false conclusions about the other 99%.  One such conclusion it seems is the idea that our genes largely predetermine who we are and who we will become. In other words many people come to conclude that we are either born with musical talent or not. This is basically the 1%. Some people end up believing that if they or their child don’t magically produce beautiful music in their first few weeks or months or even years their genetics are simply not programmed for musical talent. This of course results in a belief that even trying is simply a waste of time.

Many scientists now understand that the biggest factor in determining a certain behaviour is environment. It is actually quite obvious when you look around you. E.g. People who are born and raised in Italy are far more likely to speak Italian because of one simple factor. Their environment. In Australia there are many descendants from Italy who were born in Australia but cannot speak more than a few words of Italian even though their ancestry may date back over 1000 years in Italy. Dr. Robert Sapolsky Professor of Neurological Sciences at Stanford University uses an example of an experiment where a gene in mice that was found to be associated with learning and memory so when removed caused the mice to learn at a slower rate but when you put those mice into a more stimulating environment they completely overcame the deficit. Genes actually respond to the environment. Your genes may indeed respond better than others initially but this for most of us makes next to no difference if put in the right environment and over time. Lets be realistic here. In 2 million years of human evolution even those handful of people who come from a long line of musicians could only date back a few hundred years based on the musical scales we use today.