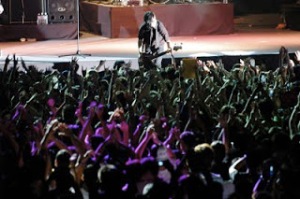 Do you really believe you can be a great guitarist? Neuroscience researchers are building a growing body of evidence that our minds play a very powerful role in our physical and mental health and perhaps life outcomes. In fact in some cases the evidence is so strong that it’s surprising how little media attention these findings receive. I have come across hundreds of studies in my own research that leave no doubt that our minds play a leading role in our everyday lives which of course affects your ability to learn guitar. To many of you (especially those who read my blogs) this is not new information but lets explore how this may apply to learning the guitar. The Placebo effect A placebo is a treatment or medication given to a patient that has no actual effect but where the patient is told it is an actual working medication.  When placebos are given to subjects (volunteers)  in studies usually conducted by drug companies to prove the effectiveness of a new drug.  The researchers will  compare two or more groups with one group taking the placebo to see if the drug indeed showed any significant difference compared with the placebo. Remember the group taking the placebo are unaware they are taking a placebo and in some cases in what is known as a double-blind test even the researchers don’t know until after the results are presented.  In numerous studies the placebo has actually been equally as effective as taking the drug. The only current explanation is mind over matter or health in this case. The Knowcebo effect The undeniable fact is our beliefs play a very strong role in the way our body responds to everything from the common cold to cancer to depression to achieving success in certain areas of our lives.  In one study for depression they found that a very well known drug only worked if people knew they were actually taking the drug. If the drug was taken unknowingly it had no effect. This has been labeled the ‘Knowcebo’ effect meaning no effect unless you know you are taking the drug. In another study they found that if people were unaware that there was alcohol in their drink they actually showed less signs of being under the influence. There may be many more examples of the knowcebo effect that we just aren’t aware of. The guitar teacher placebo Understanding the placebo and knowcebo effects may actually help in learning guitar. The placebo effect infers that what we believe can make a difference to how our body responds even on a subconscious level.  In one survey they found that doctors will often prescribe standard drugs for a host of unrelated symptoms because they know the patient doesn’t want to walk away without a prescription of some description. The actual drug has no known properties to heal the patient’s condition but the placebo effect seems to improve the patient’s condition. From personal experience as both a guitar student and teacher I can say the same thing in relation to learning guitar. As a student my teacher would tell me to practice a particular exercise and the result would be a perceived improvement in my playing. The reality is real improvement happens over months or years of practice not a few hours but my mind felt the exercises were having an immediate effect which in turn boasted my confidence and therefore created a real definite and noticeable improvement in my playing.  I often felt that the day or two after my lesson was when I made the greatest improvement with a slide down in the days following. The teacher was having an obvious effect on the way I perceived myself as a guitarist. The exercises gave me a sense that I had the secret formula for learning guitar. Believing you can is your biggest challenge In a Steve Vai video lesson I saw recently he pointed out how important it is to visualize yourself being able to play what may seem impossible. Vai knows the power of belief and visualising your future self. When we believe we can achieve something we will begin to put the work in to make it happen but that means taking action. The more action you take the closer you get to your goal but there is also the effect of inertia. When marathon runners know the finish line is close they naturally increase their pace. The closer the line the faster they get. This means the more you practice the more you want to practice especially as you see your goals in sight. But it’s worth pointing out that believing is only the beginning . As a beginner believing I can already do something is delusional, knowing I will is dreaming (a good thing but…) and taking action knowing that achievement comes through action is being realistic. Believing you can be a  great guitarist while a basic requirement is also your biggest challenge. If you have enough fingers and enough determination you can succeed. For almost everyone it’s purely a choice.