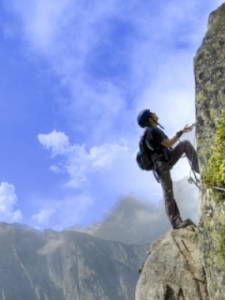 “The difference between a successful person and others is not a lack of strength, not a lack of knowledge, but rather in a lack of will.” Vincent T. Lombardi

Sadly the majority of people who decide to take up guitar will not get past the first 6 months. I came to realize this fact in my first few years of teaching after becoming increasingly frustrated with the number students who would give up in the early months. I remember going to my own teacher at the time and asking where I was going wrong only to be told “That’s just how it is”. Not long after I began teaching along side a piano teacher and noticed that very few of her students were dropping out. Was piano different to guitar or did this teacher know something I did not?

The piano teacher indeed did have a secret which I soon adopted into my own teaching and quickly found my student dropout rate plummeted. It was pretty simple really although initially counterintuitive to my beliefs at the time. The piano teacher was upfront with her students from the very first lesson. She would explain that learning piano was challenging and almost without a doubt you will want to give up within the first 6 months. The teacher than shocked me by saying that if they didn’t feel they had what it takes to stick it at for at least one year it’s best they don’t even begin because they would only be wasting everyone’s time and money.  At the time it seemed to me that such a speech would leave many students feeling despondent but as I began to apply a similar strategy there was a noticeable difference not just in dropout rates of my students but an increased commitment to practice.

The reason such a strategy works is firstly because it is addresses the big problem. The fantasy about learning music. Almost every student who takes up guitar will want to give up in the first 6 months mostly because their fantasy of learning didn’t match the reality.  In the words of Paco Pena guitar is 90% perspiration and 10% inspiration. Its mostly hard word for a little pleasure especially in the first year. When the hours and hours of practice don’t result in you being the next Jimi Hendrix giving up guitar will look like a good option. Understanding this fact before you even start will make all the difference. When you are under no illusions the journey will match your expectations much more accurately.

Prepare for the worst and hope for the best

The above quote is one of my favourites. The  reason such a strategy works is because it prepares students for the future. When a student takes up guitar it is highly unlikely they are thinking about giving up. They are unprepared for giving up. It’s only when the reality of daily practice and a lack of instant results sets in that the motivation begins to wear off that they are faced with the idea of giving up. When students understand what is coming they can prepare for it. I will even go as far as asking them what they will do when this day comes. Most are actually unsure and my advice is simply this. “Talk to me (your teacher) before doing anything. What I don’t want you to do is to quit without giving me the chance to talk you out it.”

Commit for 12 months and then decide

Another reason the strategy works so well is because students make a 12 month commitment. The first year is tough and students who go the distance are very unlikely to quit guitar at that point. 12 months is long enough to understand the process of learning guitar. The cause (daily practice) results in the effect (skill). It’s also a long enough time to develop the long term habit of practice.

Finally I believe the strategy works because it gets to the heart of what learning guitar is all about from day one. Commitment. Success on guitar has nothing to do with natural ability and everything to do with your commitment to learning guitar. If you walk into your first lesson with the idea of finding out whether you have musical talent you will probably be disappointed because talent comes from practice and lots of it. Talent comes from hard work and there is so far very little evidence that great musicians are born. Find me a great musician who never practices and you will probably find a liar.