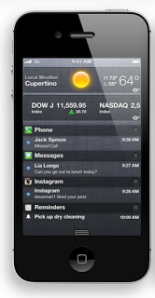 I recently read that when Steve Jobs rejoined Apple his first priority was to axe as many of their products as possible and focus on only a few key products. Initially there were about 300 different Apple products which he managed to cull back to around 10. Jobs certainly did not invent this philosophy but he did make a great case for the less is more argument.
A lack of focus
I decided many years ago to take the same approach with teaching guitar. In my early years of teaching I witnessed too many students with guitar cases full of half tabbed songs often from previous teachers. If I then asked them to play a complete song they would confess to not actually knowing a song from beginning to end. The problem was not really the fact that they could not play a complete song. After all many songs include sections that are simply beyond the beginner student and may take years to learn. For example there might be a simple intro but a challenging solo or chord. The real problem was they seemed frustrated, lacked focus and were not heading in any real direction. When one song got too hard they just moved on to a new one. Every week!
Songs are projects
Students who jump from one song to another (affectionately know as ‘Riff junkies’) often fall into the habit of skipping difficult sections or what they may perceive as boring. Songs should be seen as projects. You should aim to finish any song you start. If you learn say the intro and then find the verse too difficult don’t just give up. Instead talk to your teacher and ask them what you need to do to be able to play the section in question. In other words what skills do you need to develop. It may require a skill that will take you several years to learn but that’s okay. The process of developing this skill will lead you often to new discoveries.
Short and long term projects
Not all songs are equal of course. Some will be short term projects and others long term projects but either way, don’t take on any project you do not intend on finishing. Perhaps do some research first. Ask your teacher to be honest with you as to how difficult the song will be for your current level and how much practice will be required. I saw a video recently of a very respectable session guitarist who said it took him more than 20 years to perfect Van Halen’s ‘Eruption’ and perfect it he did. It was the closest I had ever heard to the original. Even closer than live Eddie who always plays it slightly different live.
Becoming more selective
Taking the approach of finishing what you start will help you to become more selective about the songs you choose to learn. Like Jobs you need to throw out the hundreds of songs and focus on just a few. Don’t try try to be the ultimate guitar jukebox. Your friends might be impressed initially but as a guitarist you will be compromising your playing. Its better to play a few songs really well than a lot of songs poorly. .
Your ‘Ultimate Song List’
To help students to focus I created a blank list called the Ultimate Song List (USL). (To receive a copy please visit the  G4 Guitar Student Site) On this list students write down a maximum of 25 songs they ultimately hope to be able to play. I usually ask students to fill this list in over the first few weeks. The list is not written in stone at this point. It is simply a starting point. Students are free to change songs at anytime but their list can never be anymore than 25. When they are satisfied with their list they can see they then have a clear direction. New songs and riffs may come along and of course they can learn other songs but the USL is the goal. It keeps the student focused and acts as a reminder of where they are heading.
Please join us on Facebook.
http://bit.ly/g4facebook
FIND A G4 GUITAR METHOD TEACHER
G4 GUITAR METHOD Lesson Inquiry
…